WAYNESFIELD, Ohio (8/2/18) – The “must-see” Jack Hewitt Classic takes place this Saturday night, August 4th at Waynesfield Raceway Park in Waynesfield, Ohio.  The famed event honors racing legend and hall of famer Jack Hewitt who made a name for himself racing in almost every racecar imaginable.  From his run with the World of Outlaws, USAC, All Stars, and more, Jack was known for his no-nonsense attitude and love for growing the sport.  These qualities led Hewitt to a successful career and an opportunity to race in the 1998 Indianapolis 500.  Hewitt scored a 12th place finish in his first appearance at the Brickyard.  The annual running of the Jack Hewitt Classic honors Hewitt for his racing achievements as well as allow new drivers to experience what it’s like to “Dew It” like Hewitt did.

Saturday’s event will feature the return of the Buckeye Outlaw Sprint Series running for $3000 to win.  In BOSS’ first appearance this season, Matt Westfall picked up the victory over Landon Simon after a last lap incident where tensions ran high.  Westfall is a previous winner of the Hewitt Classic but has not seen victory lane in this event since 2009.  Drew Rader comes into the weekend as the defending winner of the event.  Rader’s win was the closest in track history as he held off Dave Darland by 0.005 seconds at the checkered flag.  Thomas Mezzeraul is the only repeat winner of the Hewitt visiting victory lane in both 2016 and 2015.

The Satellite Connections UMP Modifieds are also on the card running for $1000 to win.  The Modifieds have seen car counts breaking the 30 mark all season.  With the increased payout, car counts could go even higher.  Coming into the weekend, Jeff Koz leads the standings by just 29 points over Josh Morton.  Tony Anderson sits third, just one point behind Morton.  Brent Hole and Scottie Williams round out the top five, just 40 points behind Koz.

The night will come to a close with the Performance Powder Coating AMSA Mini Sprints.  To honor Hewitt, the drivers will be taking their wings off to run “Hewitt style” wingless.  Due to rain, the Mini Sprints have not seen the track in recent weeks.  Brad Strunk currently leads the standings with just an 11-point lead over Chris Bounds.  The top 5 are separated by just 39 points.

Pit side gates open at 4PM.  Grandstands open at 5PM.  Hotlaps get underway at 6PM with the first green flag of the night flying at 7PM. 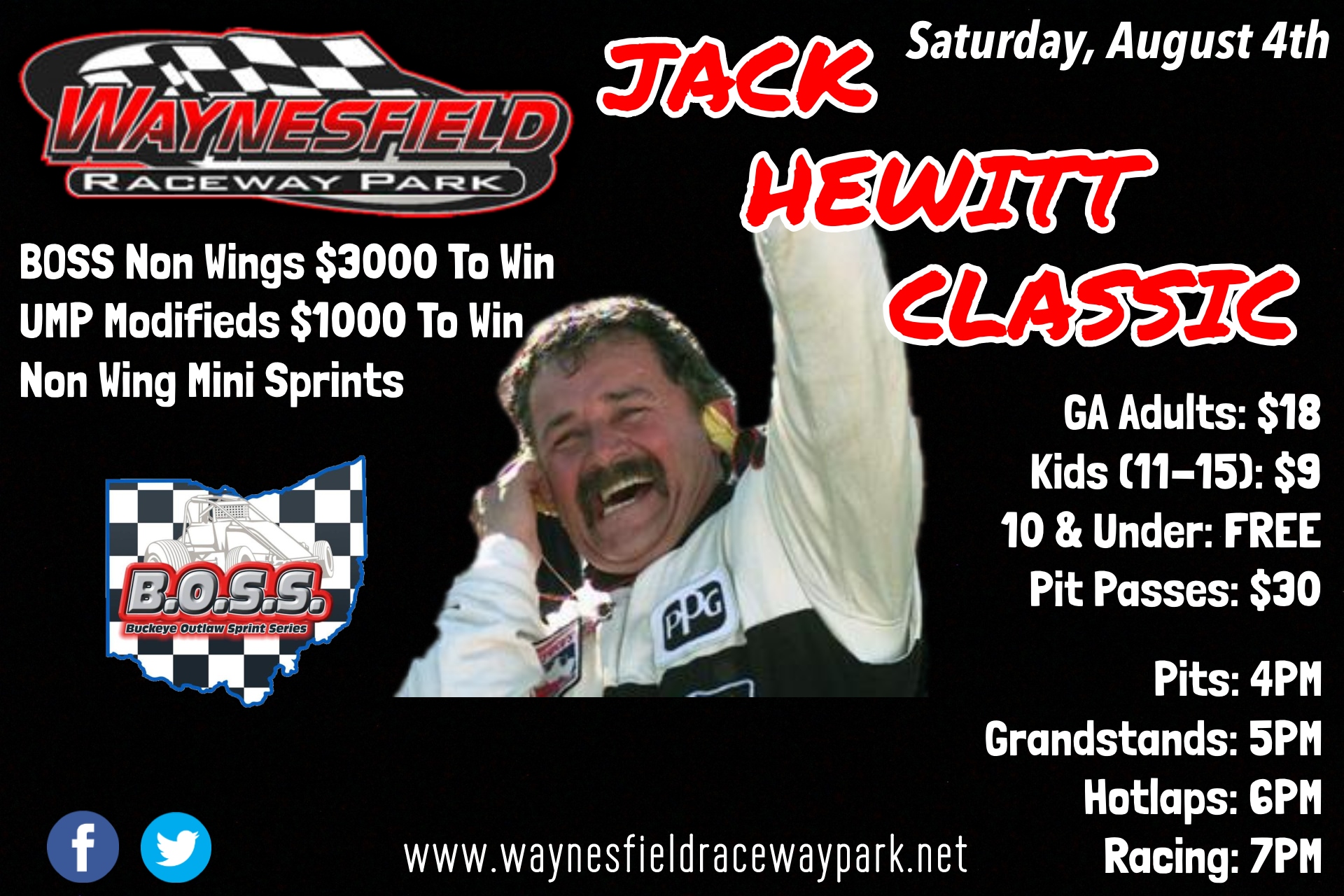 We are live with Jack Hewitt and Shane Helms! ... See MoreSee Less

Well the cats out of the bag. The first official show of the 2020 season has been publicly announced now. WRP returns to the Ohio sprint speed week schedule. We are very excited to release this announcement. There will be plenty more shows announced in the coming weeks. We hope to see you there supporting our event. Thank you and have a merry Christmas 
  www.allstarsprint.com/news/?i=79916
... See MoreSee Less

Thank you to everyone that attended or supported WRP this season with our limited special event schedule. We worked hard and made some great improvements this season and look to continue to build off those improvements next season. We have already started working on a schedule of events for next season. There are no current promises but we have been talking to many different groups. We are excited to see what the future holds for WRP. Once again thank you for all your support and we hope that you have a blessed offseason and please enjoy the upcoming Holidays with your family. Until we meet again in the spring.........🏁🏁🏁🏁🏁 ... See MoreSee Less

We still have Bob Hampshire Classic shirts available. If you were unable to purchase a shirt at the race, now is your chance! $18 per shirt, get them before they’re gone! Contact Dean Miracle to get one. ... See MoreSee Less