WAYNESFIELD, Ohio (6/14/18) – As we near close to the midway point of the 2018 season, officials at Waynesfield Raceway Park are gearing up for their largest marquee event to date with the return of the 36th annual Ohio Sprint Speedweek. The Arctic Cat All Star Circuit of Champions will battle for nine nights of racing with their third night stopping around the 1/3rd mile of WRP. In addition to those 410 sprint car drivers competing, the K&L Ready Mix NRA Sprint Invaders join the card once again for what is sure be an action filled event. Previous Speedweek shows at Waynesfield have seen upwards of 50 sprint cars in competition and that number is expected to climb this year.

In what was dubbed some of the best racing of the season just three weeks ago, Christopher Bell and Paul McMahan put on one of the best shows two sprint cars could in front of a packed crowd. Now, add in drivers like Kyle Larson, Kasey Kahne, and Rico Abreu, the competition will be the fiercest Speedweek has seen in years. Going into this year’s Speedweek, Aaron Reutzel holds just a four point lead over the “Wild Child” Jac Haudenschild. Carson Macedo, Chad Kemenah, and Parker Price-Miller round out the top five of All Star Points. Additionally, there will be the return of the Speedweek points race, with the winner taking home $3000 of the $10,000 overall points fund.

Brady Bacon and Christopher Bell put on another show worth the price of admission alone in the K&L Ready Mix NRA Sprint Invaders feature on May 27th. The 360 series returns with the All Stars to join the all sprint car event, adding in what is expected to be another exciting evening at “The Field”. Current points standings for the Sprint Invaders has Jared Hortsman leading, followed by Butch Schroeder, Devon Dobie, Todd Heuerman, and Kyle Sauder as the top five. The NRA 360s have seen an increase in car counts since the beginning of the season. That number is expected to increase for the anticipated Speedweek show, bringing some of the best racing ever seen around the 1/3rd mile.

Before the action begins on the track, the popular dirt track racing podcast “Dirt Nerds” will be holding a pre-race tailgate directly in front of the main entrance. During this time multiple drivers and guest will be joining them to be interviewed, along with several giveaways and prizes being given out. This pre-race tailgate is expected to begin at 3:30pm and will run for one hour. This will be the perfect time to meet and greet with certain drivers competiting that night, and your chance to meet the voices behind the world famous Dirt Nerds podcast!

Gates for this Sundays event will swing open with the pit gates first at 4:00pm, followed by the general admission gates at 5:00pm. Fans will be able to premark their seats ONLY from 9am-11am on Sunday morning. Tickets for this Sundays #BestShowOfSpeedweek will be available for $22 for adults, $11 for ages 11-15, and as always 10 and under are free. Pit access will be available for just $35. 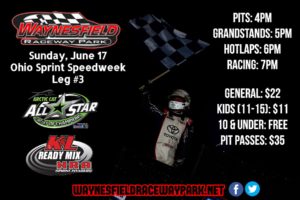 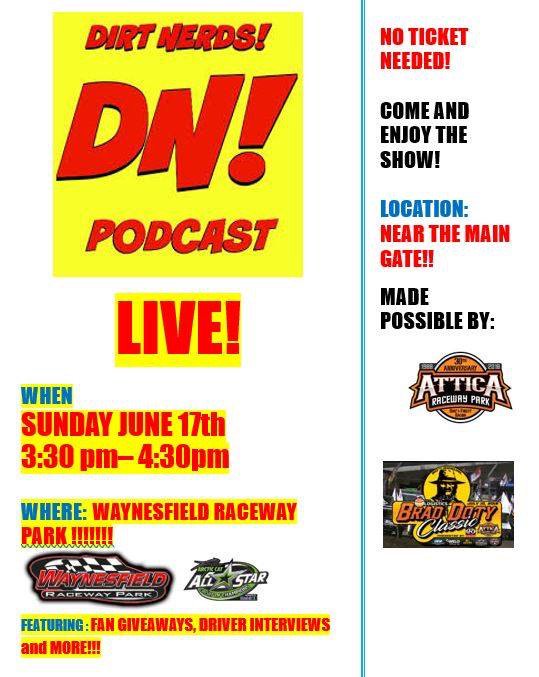 Who will be the first to claim Victory in 2022?

We hope everyone enjoyed the show last night as much as our little fan Waylon did! 😀 ... See MoreSee Less

About to go green for the Bob Hampshire classic. ... See MoreSee Less